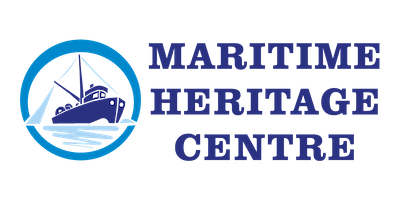 The Maritime Heritage Centre project began in 1998 when the District of Campbell River (now the City of Campbell River) solicited ideas for potential uses for the land near the Discovery Pier.  The land had previously been the site of the old sewage treatment plant, since upgraded and relocated to an area north of town.

The Campbell River Daybreak Rotarians proposed that a maritime heritage type centre be built to showcase the history of the local coastal waters and their links to the community.  The City approved the concept and the Rotarians, through a separate society, built the Maritime Heritage Centre.  The completed centre was turned over to the City, and the Campbell River Maritime Heritage Society now operates it.

Building the Maritime Heritage Centre was a Community Service Project of mammoth proportions for the Daybreak Rotary Club, with an impact on Campbell River for years to come. The Centre is a Museum, and activity centre, containing facilities for education, research, exhibitions and social engagements. It is also the site of the reconstruction and housing of the BCP45 fishing seiner that once adorned the back of the
Canadian five dollar bill.

This facility is a marvelous example of how a community and government can work together to make a beautiful, useful and functional facility which even today, continues to grow and improve.

Canadian 5 dollar bill with the BCP45 fishing seiner on the back.